Get exclusive news, discounts and special offers for events!

Text uta to phone number 64600 or send an email to boxoffice@uta.edu.

The University's athletic teams are members of the Sun Belt Conference. Learn about UTA Athletics premium seats and the Maverick Club. 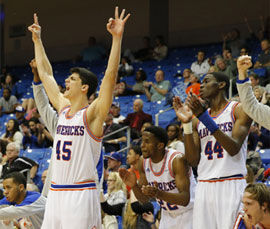 UT Arlington’s first basketball team hit the court in 1959. Four years later, we became a founding member of the Southland Conference where we won the Championship in 2008 and 2012 and have since participated in the NCAA Tournament and National Invitation Tournament. 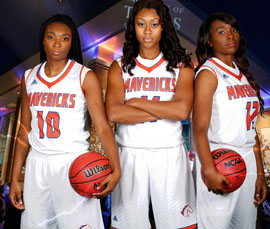 UTA's women’s basketball program has built a reputation as one of the most consistently successful in the region by winning three Southland Conference regular season titles and two SLC tournament titles. They’ve also made two trips to the NCAA tournament and one to the Women’s National Invitational Tournament. 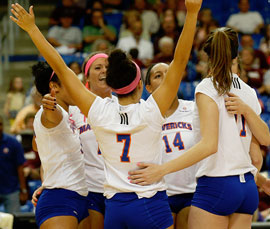